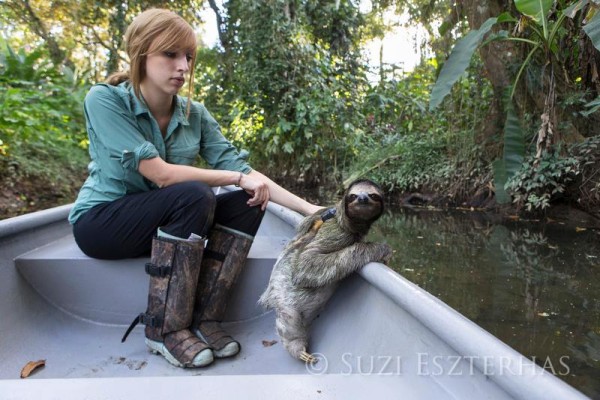 Dr. Becky Cliffe, a British zoologist, is considered to be one of the world’s leading experts on sloth biology and ecology. She is the Founder and Executive Director of the Sloth Conservation Foundation.

Through her PhD at Swansea University, Becky spearheaded the longest recorded study into wild sloth ecology through The Sloth Backpack Project, and has since expanded her work to encompass many different aspects of sloth biology, ecology and conservation. Although her areas of research are broad, Becky’s work has always been focused around one central goal: helping sloths – whether that is through the improvement of rehabilitation programs or by tackling the problems that sloths are facing in the wild.

Becky found herself fascinated by the natural world at a very young age and much of her childhood was spent outdoors, searching for weird and wonderful creatures to add to her various ‘bug boxes’. This fascination really became apparent at the tender age of seven, when she proudly presented her parents with the rotting remains of a dead squirrel and pleaded with them to find out why it had died. Needless to say, they quickly realised she was a budding biologist in the making.

As her passion for wildlife grew, she left the squirrel behind and began to study zoology at the University of Manchester. During this time she became intrigued by the unusual and poorly understood biology of sloths. Following this interest, she began a 12 month research placement at the Sloth Sanctuary of Costa Rica where she quickly discovered that there was a substantial lack of scientific data for sloths – and this was causing considerable problems for the conservation of the species.

After graduating from Manchester in 2012 with a first class honours degree, Becky returned to the jungles of Costa Rica where she spent the next 10 years coordinating an in-depth study into the ecology, physiology and genetics of wild sloth populations for her PhD.

Her primary investigation (the ‘Sloth Backpack Project’) focused on identifying the diet, habitat preference, ranging patterns and activity budgets of wild two and three-fingered sloths. With generous help from the public, Becky crowdfunded $93,879 in 60 days through the ‘Save Our Sloths‘ campaign to fund the necessary data loggers and tracking equipment to complete this project. She has since completed several additional fundraisers in order to carry out genetic research to determine why there is such a high incidence of birth defects being observed in wild sloth populations. 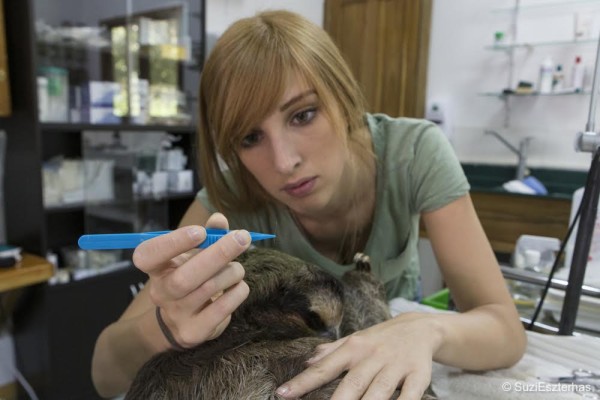 In 2016, Becky founded The Sloth Conservation Foundation (SloCo):  a registered non-profit organisation that is dedicated to saving sloths in the wild through research and conservation initiatives. Through SloCo, Becky has developed a range of community-based strategies and programs that are providing sustainable ways in which humans and sloths can coexist peacefully. Today she is based full-time in Costa Rica where she manages all of the foundation’s in-field sloth conservation and research programs.

Since she has been working with sloths, Becky has featured in the award winning documentary ‘Meet the Sloths’ & ‘Too cute! Baby Sloths‘ for Animal Planet and was a major contributor for the eight episode Discovery Channel series ‘Meet the Sloths’ which aired in November 2013. She has featured in ‘Ocean Mysteries with Jeff Corwin‘ and ’72 Dangerous Animals: Latin America’ on Netflix.

She regularly gives lectures and public talks about her work and the trials of living a remote jungle for 10 years (including being infected with a flesh eating parasite). In 2017 she authored and published ‘Sloths: Life in the Slow Lane’, a sloth coffee-table book in collaboration with world renowned wildlife photographer Suzi Eszterhas.